SurveyClub Review: Is It A Legit Way To Earn A Side Income?

Times are tough, and everyone knows that. Some people are working two, maybe three jobs to make ends meet. It’s a rat race, and nobody seems to be winning.

You might be one of the many people who find that their primary income is hardly enough to get by. You might have bills stacking upon each other. You might have a mortgage to pay on your house. Maybe you’re just a college student who’s saving up to get something you’ve wanted for a long time.

What if I told you about a site that lets you take surveys and get paid for it? Will that small stream of passive income makes it easier for you to get by? Say hello to SurveyClub.

What is SurveyClub? And How Does it Work?

SurveyClub was founded in 2005 and markets itself as a “research recruitment platform” used by organizations to gain consumer feedback on their products and services.

The same system that was used in the earlier example to discover eligible software developers is now used to find out suitable parents with kids in the specified age range. This system can be applied to virtually any profession or business need, and it can span over any spectrum of society.

How Do You Get Paid for the Surveys You Take?

According to the SurveyClub website, once the minimum amount, which is $25, has been deposited into your SurveyClub account, you can choose to withdraw it as an Amazon gift card or as a cheque that will be sent to you via mail. You can also withdraw your funds into PayPal.

It is good to keep in mind that earning through SurveyClub is not going to be as easy as answering a few questions and getting $50 in your bank account. Online surveys don’t pay as well as other online jobs such as blogging and writing etc.

According to several reports, SurveyClub has not been known to cheat members out of their payments, although one of the most common complaints is the low pay that the site offers. As I mentioned in the beginning, starting to take surveys on SurveyClub doesn’t mean that you will earn enough money to quit your day job. It’s just a way of supplementing your primary income.

Another complaint that most users make is that SurveyClub isn’t a site that offers surveys. It’s more of a survey site index, which links to several other survey panels and provides you with surveys that are sourced from those survey panels.

Something to be noted is that individual reviewers have powerful negative attitudes towards SurveyClub and survey sites in general. Some reviewers suggest to readers not to waste their time participating in surveys but instead to move onto more lucrative efforts such as affiliate marketing.

How Does the Registration Process Work?

I’ll guide you through my registration process for this one. In the beginning, you have the usual suspects; name, email, address, telephone, etc. The first page asked me to list my ethnicity, as well.

Moving on to the second page, I was asked if I had any serious diseases and the average income of my household in addition to several other personal questions (the price of signing up to a survey site, I guess).

The next page introduced me to the aforementioned “survey panels,” which have partnered up with SurveyClub. These are the real sources of the surveys that you will be taking, SurveyClub just does an outstanding job of organizing and indexing these panels for us. So to proceed with my registration, I was told to register with Clear Voice Surveys, which I think was the only panel available at that time.

The registration for Clear Voice Surveys almost drove me nuts, and I was met with a myriad of questions that seemed never to end, from what car I drove to how many PCs were operated at my place of work after what felt like a lifetime answering these questions, I was all set up and ready to receive surveys.

The first survey listed on the SurveyClub dashboard is registration on to a different survey panel. It’s as if these guys are handing out free money. Once you complete your registration on SurveyClub, you can register onto the other services and then receive your first reward.

So the registration process takes a while, but it is worth it considering that after setting everything up, all the surveys that are specifically meant for you show up on SurveyClub’s dashboard.

Is SurveyClub Worth Your Time?

Well, if you’re looking at SurveyClub as a means of a primary income, it’s not worth your time. The pay is low as it should be since you’re just answering questions that significant organizations have about their products and services. If you’re looking to earn a bit of cash on the side; however, it’s a good gig to get into.

However, these focus group gigs aren’t steady and can be a bit unpredictable. As mentioned earlier and further explained below, the view of the public towards survey panels such as SurveyClub is shaped majorly by content creators such as reviewers writing for blogs or uploading videos on YouTube. Since the low payment issue with SurveyClub is very prominent, reviewers don’t take too kindly on the site. The disappointment expressed by people towards websites such as SurveyClub lies in a grey area. That is because the allegation that payment is low is true. Still, it is justified as the supply for the post of survey participants is high, and that offsets the demand for further survey participants, which primarily drives wages to the lower end of the range. So bottom line, you’re better off treating SurveyClub as a method of extra income.

What Can You Gain via SurveyClub?

In comparison to various other sites that offer surveys, being a member of SurveyClub has its advantages and disadvantages. The low threshold limit of $25 means that members can withdraw their funds frequently. The various options through which members can withdraw their balances, such as PayPal, Amazon gift cards, and cheques, provide members with ease of mind. However, as repeated time and time again; In comparison to what SurveyClub pays, there are way better sites out there that pay more per survey. This is, of course, not including the unique and highly lucrative focus group setting of SurveyClub.

The focus group setting can be considered as an exclusive model to SurveyClub because it’s a unique setting where members are gathered together by order of zip code (which means that you will be in a focus group with people who live close to you) as a group. They have the opportunity to discuss and come to conclusions about the products or services that are the subjects of the respective focus groups.

Several YouTube videos highlight the fact that SurveyClub acts as a middleman between survey companies and survey takers. Some videos even go to show how this middleman process wastes time and requests survey-takers to go directly to the relevant survey companies (of course, except for a few survey companies which are only reachable through survey panel directories such as SurveyClub or by invitation).

One link highlights the weaknesses of SurveyClub in terms of pay rate and goes on to describe internet marketing (affiliate marketing) as a more lucrative option. (https://www.youtube.com/watch?v=B5oljzQAqAk)

Another video mentions a survey panel that can only be reached through SurveyClub or an invite. (https://www.youtube.com/watch?v=nbh55Kh-XVM)

It’s notable to mention that the general view of the public on social media is that sites that offer survey work such as SurveyClub are not worth the effort that survey takers put in as these surveys pay comparatively less than almost any task or freelance job that can be found on the internet. The public has a negative view on survey sites in general, not because they cheat survey participants, but due to the low compensation, whether in cash or other cash substitute or material form.

This can be cited as the main reason as to why many reviewers/ writers and content creators on YouTube has lashed out on the whole concept of online surveys and SurveyClub in specific. They believe that the time spent by potential survey participants is better spent elsewhere; in areas of other internet or e-commerce industries such as drop-shipping, affiliate marketing, and so on. These avenues are indeed more lucrative than online survey participation but require strong business skills and lots of effort on the part of anyone who decides to follow through with them.

In this article, I’ve mentioned everything I have gathered on the site SurveyClub during my years of internet activity. If you
are from a low-income country or are starting in your career, the
opportunities presented by SurveyClub will earn you a much-needed side income to pull strings together and make ends meet.

If you’re wondering about venturing into the survey world as a full-time survey participant, you’d be well advised to have a retirement fund of a few hundred thousand dollars ready. I feel that survey taking is a slight step up from ad-clicking for work. It doesn’t pay much more than they pay for ad-clicking.

Participating in paid surveys is better off treated as a hobby or a past time activity since it won’t pay you as much as you think it will. Participating in SurveyClub surveys might pay you even less considering the abundance of negative reviews on the internet.

Then again, you should know what you are getting into when payment is promised for just answering simple questions. A job that doesn’t require a college degree or even a high school education. The only requirement to take a survey is to fit into the demographics that the respective organization is looking for, be it grad students, Ph.D. holders, or workers earning a minimum wage.

In that sense, it can be argued that survey taking is inclusive of every sector of society because there are products and services aimed at people from all walks of life.

If you’re struggling to make ends meet, if you have no savings, if you’re a recently passed out graduate on your first job, SurveyClub can help you build a foundation for your financial capability. If you’re a high earning professional or if you’re living comfortably with the money you make at your primary job if you’re financially stable when accounting for the future; spending your time taking surveys is a waste of your time, be it SurveyClub or any one of the other dozens of survey sites out there.

Of course, you can ignore all of this and start your affiliate marketing or a drop-shipping website; however, this provides a more effortless approach to making money, albeit the low pay rate.

I hope my article presented you with sufficient information to make an informed decision about participating in online surveys.

I hope it works out for you! Happy surveying! 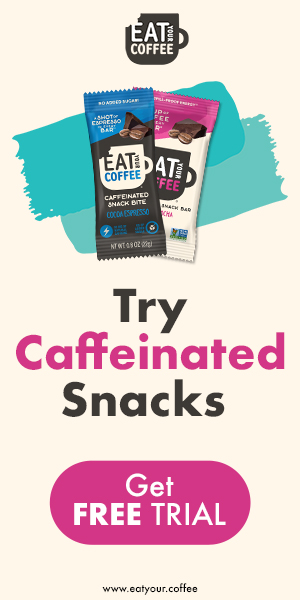 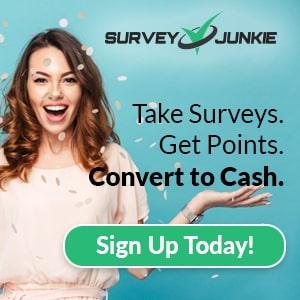